Most Famous And Beautiful Rajasthan's Temple 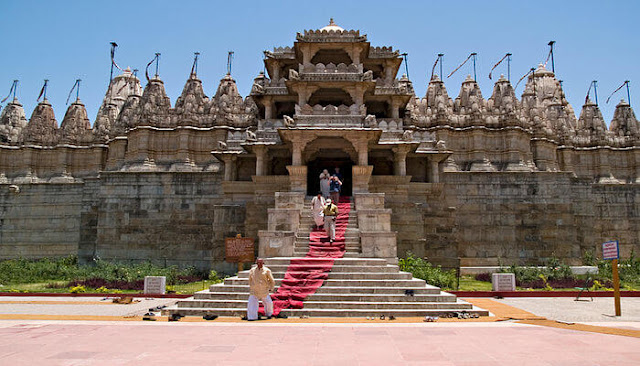 Rajasthan is famous all over the world for its culture and architecture, incorporating the rich history of Raje-Rajwada. The same thing is with the temples of Rajasthan. There are many such temples in Rajasthan where devotees come not only from the country but also from abroad. So, let's see some Rajasthan's temple.

Located in Jaipur, it is one of the most famous temples of Rajasthan. It was built in 1988 on behalf of the Birla family. Like all Birla temples, it is also a temple of Lord Vishnu and Mother Lakshmi. The important thing about this temple is its texture and beauty. The experience of visiting this temple in the evening or at sunset is different. The decoration and lighting is the most attractive here.

This temple of Rajasthan is very famous not only in India but also in the world due to a special reason. This temple of Bikaner has more than 20,000 rats. A tradition among the devotees who reach here is to feed these rats. When a rat dies, the statue of that rat is made inside the temple. Not only this, the offerings made by mice are also eaten by the people who come here and it is seen as a blessing.

There are few temples of Lord Brahma in India and the most spectacular and best among them is the Brahma Temple of Pushkar. The temple is said to be around 2000 years old and has been built with marble and stones. It is close to the holy lake of Pushkar.

Located in Karauli district of Rajasthan, this temple is dedicated to Lord Hanuman. This temple is also very much discussed for chanting and witchcraft. Also, devotees suffering from chronic diseases also come here in large numbers and desire to get rid of it.

This temple is located in Jhunjhunu. The temple is dedicated to the 13th century queen Sati, who immolated herself after the death of her husband. She is also known as Narayani Devi. The temple has a large figure of Rani Sati.